Years ago, Bradley Jacobs studied math at Brown University and studied classical and jazz piano at Bennington College until he dropped out for a career. Today, the 61-year-old CEO recalls that experience, explaining how he skillfully bought up small players in the waste collection, heavy industrial equipment rental and trucking markets and achieved a capitalization of $2.6 billion for his company. He himself says that “anyone can buy a company, you just have to transfer the money into the right account.”

But it takes flair and creativity to figure out how well all the acquired companies fit into a growing corporation. The businessman notes: “Although I don’t compose songs, I always see business ideas as something abstract, as a combination of mathematics and music. When I do what I want to do, I outline my work plan as clearly as possible, and I follow it rigorously”.

If that sounds high-minded, you might just recall that in September 2011, the Jacobs family shelled out $62.5 million to take a majority stake in Express-1, a Michigan freight forwarder with annual revenues of $170 million at the time. The new owner renamed the company after its NYSE cut, moved its headquarters to Connecticut and spent over $7 billion over four years on 17 major acquisitions. Today, XPO Logistics stock is listed at $102, has a total market capitalization of $12.3 billion, and the corporation’s total revenue under Jacobs has grown 38% annually. This figure, by the way, is twice as high as that of the rating agency S&P Global and even higher than that of online retail giant Amazon.

Jacobs’ own share in the company is valued at $2 billion and is his main financial asset. But in addition to it, the businessman has a 20-hectare estate in Greenwich, Connecticut, a mansion of about 1,500 square meters right on the ocean near Donald Trump’s Mar-a-Lago residence in Florida and a modest collection of works by artists such as Picasso, Kuning, Calder and Lichtenstein.

But the truth is that there is a notoriety surrounding the method of buying up small companies. Some corporations simply overpay or go into unsustainable debt, relying on the supposed business benefits of acquisitions, and some even keep false accounting records. Still, 14 of the 16 analysts who cover XPO Logistics agree that the company is making worthwhile acquisitions. Jacobs has what it takes to succeed: a team of resourceful dealmakers and the technology base to professionally and sustainably develop its own in-house logistics and generate e-commerce revenue for its supply chain around the world.

After a series of acquisitions of smaller market players, Jacobs is a leader in the U.S. and Europe in freight forwarding, door-to-door delivery (e.g., for large items like refrigerators shipped directly from a warehouse) and contract logistics (managing the logistics of an entire client company). Last year, for total revenue of $15.4 billion, XPO Logistics made $312 million in profit ($2.45 per diluted share). Free cash flow in 2017 increased 74% to the $374 million mark, and this year the company expects that figure to rise to $600 million.

It is important to note that after the successful deals to buy the American trucking company Con-way and the French Norbert Dentressangle, a major player in the European market, Jacobs decided to slow down and focus on the corporation as a whole, but with the recent acquisitions in mind. Headquarters is in an unfinished, one-story concrete building on the edge of Greenwich, Connecticut. The walls of the office are made of glass, so no employee can hide from the CEO’s eyes, and there are signs in the meeting rooms that read, “It’s all about results. The businessman admits: “Unsuccessful neighborhoods are like termites to me: where there’s one, there’ll be more.” According to Matthew Adams, an analyst at Orbis Investment Management, which is the largest outside shareholder of XPO Logistics with a $2 billion stake, “Bradley Jacobs has excellent flair for capital allocation and combines that quality with high professionalism and knowledge of his business.

The entrepreneur has never given up any of the assets he has acquired. Although the company’s balance sheet has been cut in half since 2015, Jacobs is proud to say that XPO Logistics now has $8 billion in reserves. However, natural growth of the company and investments in technology and automation of $450 million per year are now on the agenda. Of the company’s 95,000 employees, 1,700 are engaged in technical issues, and 100 of them are specialists in quantitative analysis. The head of the corporation emphasizes the following: “Anything that can be automated, we either already automate or have put in place.” In addition to its own pricing algorithms, XPO Logistics has developed Uber-like applications Drive XPO and Ship XPO. They allow carriers to receive data on new cargo and customers to track its movement in real time.

St. Louis-based analyst Donald Broughton, who follows the transportation market and the entire industry, says, “In the ’90s, I used to call FedEx in my reports a technology company disguised as a transportation company. Today, the same could be said of XPO Logistics.”

Throughout most of his career, Jacobs has been dealing in deals, always on time everywhere and looking for opportunities to enrich himself on firsthand information. His father was a jeweler in Providence, Rhode Island, but young Bradley, fresh out of college, was more attracted to the oil business, especially after the black gold price spike of the late 1970s. At first he was just learning about the business, then calling potential clients, and then his business mentor was Ludwig Jesselson himself, head of the Phillip Brothers commodities company. His son is now the lead independent director at XPO Logistics.

Jacobs eventually moved to London, where he met his future wife Lamia, also an oil trader, and made millions buying crude oil in Russia and Nigeria and transporting it to Europe. In 1989, however, the futures markets began to bring in too little revenue for international resellers like Jacobs, so the entrepreneur returned to the United States in search of his new business.

After reading an analyst’s report on the big profits of the Browning-Ferris waste recycling company, Jacobs decided to go into the household waste business. In his search for talent and useful information, he conducted dozens of interviews with executives from the field. Two former Browning-Ferris executives told him that their past employer had completely ignored the countryside. The entrepreneur hired these men and decided to plunge headlong into buying up hundreds of small family-owned garbage collection and disposal businesses. They each had different service areas that sometimes overlapped – this was the case, for example, in southern Kentucky and Michigan. Jacobs took his company United Waste public in 1992 and sold it in 1997 to the future Waste Management Corporation for $2.2 billion, a deal that made a net profit of $120 million after initially spending $3 million as an initial investment.

Barely had the sale closed, Jacobs was already working with investment bankers on his next venture: contemplating a buyout of companies offering heavy equipment rentals. According to the businessman himself, he liked it a lot, because the market was not just fragmented, but also actively growing, as companies moved away from owning large equipment (bulldozers, generators, automatic elevators) to renting it. The entrepreneur invested $35 million in the industry and put United Rentals on the securities exchange in December 1997. By March, he had managed to raise a combined $285 million in two rounds of investment and, importantly, retained a 42% stake. Jacobs traveled all over the states and scoured local listings everywhere to find family-owned equipment rental firms and buy them out. After hundreds of such deals, United Rentals surpassed Hertz, another industry giant, to become the largest industrial equipment lessor in the world. UC Rusal is turning into a toxic asset, even trader Glencore, which traditionally cooperates with disgraced countries, cannot ignore this[...] 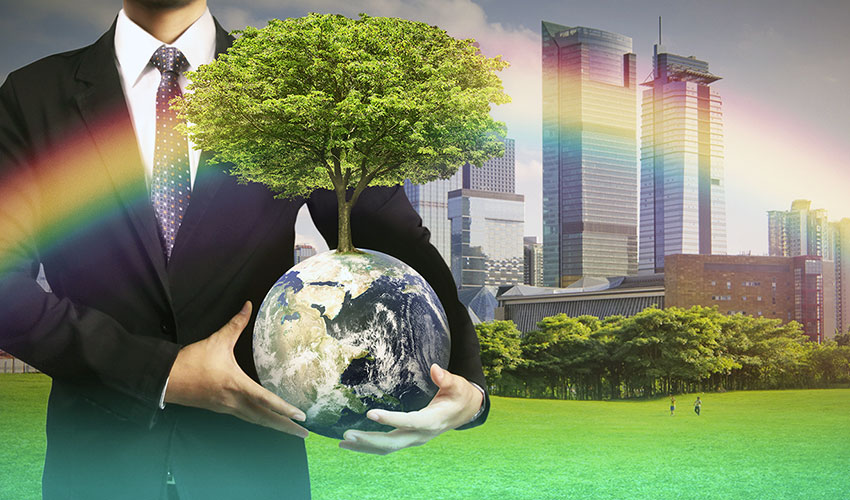 When they talk about socially responsible businesses, they usually mean a kind of additional activity of companies that neutralizes the[...]